What is Open Source and Why Should We Focus More on It?

Open Source Software (OSS) or some of you might be more familiar from just “Open-Source” is a free application whose source code is available for everyone to modify and use.

There is a vast misconception that free software and open source are the same, but it’s only partially true. In the later part of this blog, we’ll show you the meticulous differences between open-source, free, and proprietary software.

As we mentioned in the above section, open source is free software whose source code is available to everyone. It signifies the willingness to share, collaborate, and be thoroughly transparent. The final objective of this is to embrace failures and improve them at the same time.

How are Open Source and Internet connected?

Back in the 1950s and 1960s, when the internet and other telecommunications technologies were at their initial development phase, they counted on the open and collaborative nature. Some of you might don’t the internet is based on ARPANET (Advanced Research Projects Agency Network). After many years of development and open feedback, the internet we know today, came into existence.

Since the ARPANET itself was an open-source project, many peers reviewed it and made continuous changes to the source code for better. The Internet has become one of the initial open-source projects and established some fundamental guidelines for open-end communication, collaboration, and peer review.

How does Open Source License work?

Remember the term ‘Source Code’ we tossed earlier, it is a part of the software that front-end users don’t see, though, it is the most important. An application works according to its source code.

If the software is open-source then it means the source code is free to redistribute and others can manipulate and alter the source code as per their will. On the other hand, closed source or proprietary software’s source can only be legally modified by its original creator or owner. The original creator could be an individual, a team, or an entire organization. In the case of proprietary applications, users need to agree with the terms and conditions of the owner.

However, when it comes to a license there are some sets of rules and guidelines that need to be followed in modifying, using, and distributing the original software. Broadly, there are two types of open-source licenses i.e. Copyleft and Permissive. Below, we have explained both of them.

In the recent light of log4j vulnerability, even the White House has recognized the importance of this technology, its security, and its developers. They stated, “Open source software brings unique value, and has unique security challenges, because of its breadth of use and the number of volunteers responsible for its ongoing security maintenance.”

The software giants like Apple, Google, Microsoft, IBM, etc have joined and are still contributing to this community. A survey, known as Future of Open Source Software, conducted by the Black Duck Software concluded that 78% of participants are using OSS for partial or even entire business operations. They believe that open source applications are better when it comes to scalability, deployment, and security. Below we have enlisted some perks to deliver you a broader picture.

How Free and Open Source Software are Different?

“Open Source and Free are the same”, is one of the most common misconceptions you can ever come across. Free software is a philosophy that states software always needs to be free, whether someone has contributed to the source code or changed the application for good.

The one thing that can differentiate both is “Freedom” and here we are not talking about economical freedom only, but Freedom as a value. Just like the freedom to speak.

Enterprise Open-Source Usage is on Uptrend

This is Red Hat’s fourth annual survey called “The State of Enterprise Open Source”. 1296 IT leaders from around the globe took part in this survey. According to this survey, 82% of IT leaders want to work with vendors who have contributed to the open-source community. Let’s have a look at the detailed breakdown of the report.

All these points mentioned clearly show that enterprises are leaning towards the adoption of open-source.

The CEO of Red Hat also commented on that positive-looking report. He said, “W]hile the open-source development model may have started in the playground of developers, hackers, and visionaries decades ago, we’ve moved far past that,” and he further added, “It’s now a mainstream part of commercial software development and the engine for consistent innovation—from the server room to public clouds to the edge and beyond.”

Most used Open Source Software around the world

The applications we mentioned below are the most used open-source software around the world. Here we have only mentioned a few from various categories. In reality, there are thousands of such software that are used by millions of people.

Linux was first released in 1991 and since then its popularity has only surged. Currently, there are multiple forks (modified versions of the original application) are in operation. Some of the Linux distros are Linux Mint, Elementary OS, Zorin OS, etc.

WordPress was released back in May 2003 as an open-source Content Management System. Some of you might be surprised to know that WordPress itself is a fork on another content and community management platform i.e. b2/cafelog. WordPress is written on PHP and backed by MySQL and MariaDB Database.

A great chunk of the websites you see on the internet are built on WordPress, so you can have an idea of how popular WordPress is. Apart from this, there is a WordPress plugins library of more than 1500 extensions that allow the user to enhance the functionality of the platform as per their needs.

SuiteCRM, the fork of Sugar Community Edition, is used by almost 4.5 Million users around the world. It is also one of the most popular open-source CRM in the world. It is written in the PHP programming language and provides flexibility to its users to a great extent.

Just like WordPress, there are many SuiteCRM extensions available that allow the user to extend its existing functionality. There are plugins for integration with another platform, productivity tools, marketing automation, etc.

Despite being so popular, software developers of such applications are not getting enough credit. For example, cURL is an application that is used in almost every modern device and is maintained by a single developer. Daniel Steinberg has been doing this for the past three decades for free. Even the White House has acknowledged this issue while pointing out the log4j vulnerability that emerged in the Java library in December 2021. 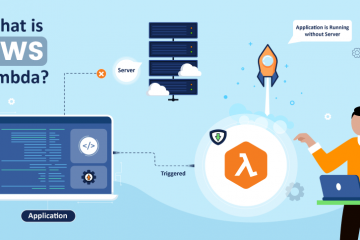 AWS Lambda Function: How to Create It and Latest Pricing

AWS Lambda is one of the hundreds of services provided by Amazon Web Services. Lambda provides flexible and serverless computing. AWS Lambda falls under the category of Function-as-a-service (FaaS). It is event-driven computing that a Read more… 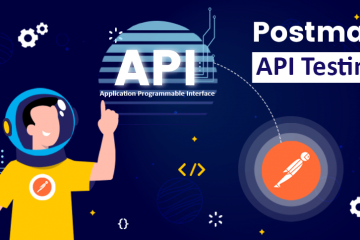 Postman is a tool used for testing, building, and modifying APIs (Application Programmable Interfaces). It is a very simple and intuitive platform used by developers, QAs, etc to build and test their APIs. You can Read more…